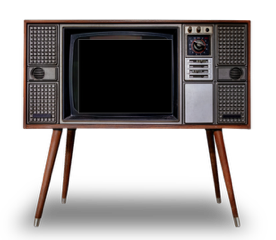 In this beautifully produced ten-minute profile Dan talks about how a childhood fascination with magic and a Charlie Chaplin film conspired to put him on the path to becoming a theatrical prankster.  Lavishly illustrated with clips that show him turning symphony concerts into comedy spectaculars, corporate events into chaos, and Hollywood superstars into deft physical comedians.

This three-minute movie trailer-style montage features scenes that Dan created for major motion pictures, along with clips from his stage, screen and television appearances.

Walking to Work with Dan Kamin

Watch the capital come to a standstill as Dan tries to break his own gridlock, disrupts a college lunchroom and makes a public spectacle of himself.

How Charlie Chaplin conquered the world with comedy.

A symphonic showdown in which Dan battles the conductor for control of the concert.

Dan creates a jungle full of animals with a few props and actions choreographed precisely to the music.  This program holds even the youngest children spellbound, and adults too!  Featuring Susan Chapek as the Narrator.

Charlie Chaplin at the Symphony

A classical concert goes horribly wrong when Dan shows up as The Classical Clown and wreaks havoc.  Then he introduces two of Chaplin’s funniest and most poignant comedies, Easy Street and The Immigrant, accompanied by electrifying new scores by composer Grant Cooper.  A full evening of comedy and music.

Charlie Chaplin at the Symphony