THE COMEDY OF CHARLIE CHAPLIN--ARTISTRY IN MOTION

Dan's acclaimed book on the comic legend is now available in an expanded paperback edition. Movie critic Leonard Maltin says, "Anyone who cares about Charlie Chaplin should dive into this excellent book. Kamin is both passionate and articulate, and offers thoughtful new interpretations of his work."  "Kamin writes as fluidly as Chaplin moves," writes another admiring reader. One special feature is a postscript, "Teaching Charlie Chaplin How to Walk," in which Dan recounts how he helped Robert Downey, Jr., create his Oscar-nominated performance as the comedian. "Dan's insights are amazing," said Downey. You can peek inside by clicking on the cover.

This newly discovered eyewitness account reveals what was going on behind the scenes in Chaplin's fun factory as he was creating the hilarious comedies that rocketed him to worldwide fame. Written by Fred Goodwins, one of the actors in the company, the breezy narrative originally appeared as a series of articles in the British magazine Red Letter. Film critic Leonard Maltin says, "Dan Kamin's annotations throughout the book are crucially important and set each diary-like entry into a larger context...I consider this a must for every Chaplin buff." Click to take a peek inside this fascinating excursion into the private world of Hollywood's first superstar.

In 1914 World War One shook the world with bombs and Charlie Chaplin shook it with laughter. In Dan's live presentation you’ll discover the surprising ways in which the great comedian affected the Great War and vice versa. The program includes the screening of a newly restored print of Chaplin’s blockbuster war comedy Shoulder Arms, released while the bloody conflict was still raging. Lavishly illustrated with extraordinary images, musical rarities, and pristine restored film footage, this is an engrossing encounter with the man whose comedy conquered the world, and whose films still make audiences roar with laughter. Note that this program can also be presented as a live

Dan has written four novels for teen readers, The Boy Magician, The Pelican's Eye, Charlie Chaplin--Rags to Riches and Best Friendless. The books are currently being shopped to publishers, and reader response has been exceptionally strong: "I should sue Dan Kamin! The Pelican's Eye is the story of my childhood! It is the story of every child who ever loved comics, who wanted to grow up to be an artist, and who struggled to find his inner hero and real identity!"

--Joe Wos, founder of the ToonSeum, a museum of comic book art 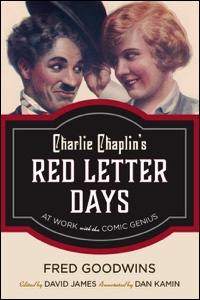 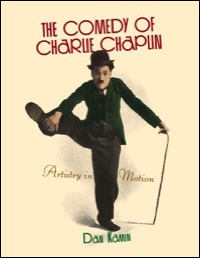